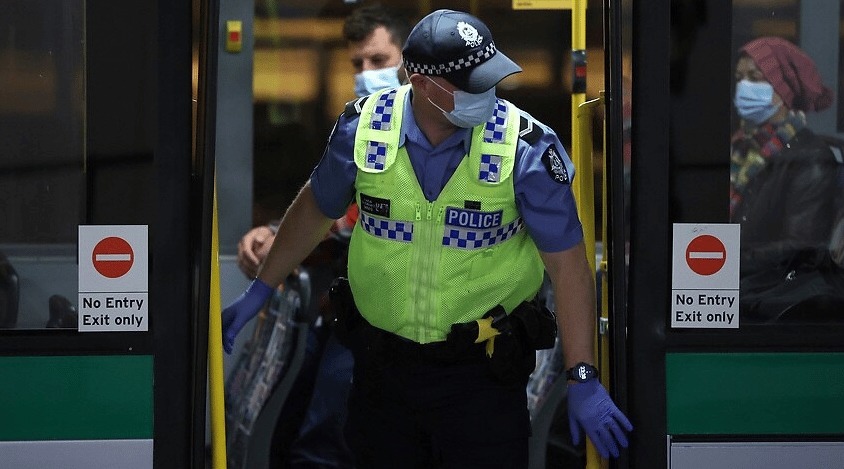 Freedom hating traitor, Alex, has turned his back on WA for 5 years to pursue a career as a pro-art-wanker in Melbourne. This week he was returning to attend a friend’s wedding. If only it was that easy.

To his dismay, he received a text on the tarmac from his mate telling him Perth has tightened the borders and he’ll be needing to isolate for 14 days. Not on Alex’s watch.

In a desperate scene, he stood up before the plane had even finished moving and offered anyone a wad of fresh pineapples if they could lend him a Geelong guernsey so he could get some of those sweet AFL privileges.

As it turns out, the organisation responsible for probably half the COVID breaches in the country is the one that apparently holds the gold standard of disease control. Go figure.

Reports state that a fellow passenger umm’d and ahhh’d about the transaction noting that his guernsey was signed by Gary Ablett Jr and was sentimental to him.

Alex, whose main motivation for attending the wedding was to try and bang a bridesmaid that called him “cute” in 2017, reportedly told the man he’d suck him off if that’s what it took. Ultimately, it was lent to him on compassionate grounds.

After failing to convince anyone that he was part of the Geelong entourage, Alex flew into a rage saying Geelong winning the 4 points was a forgone conclusion and his personal situation was much more dire. He begged, “my balls are bluer than drowned smurf, I need this man”.

“I’m not one of these anti-COVID dick heads, mate. I was happy to get tested and if it returned a negative, I’d be right to play the big game on Saturday. Instead of kicking a footy i’d just be destroying my last remaining social capital on a drunken best man speech”

If only the nation cared as much about Alex’s depressing love life as it did footy.