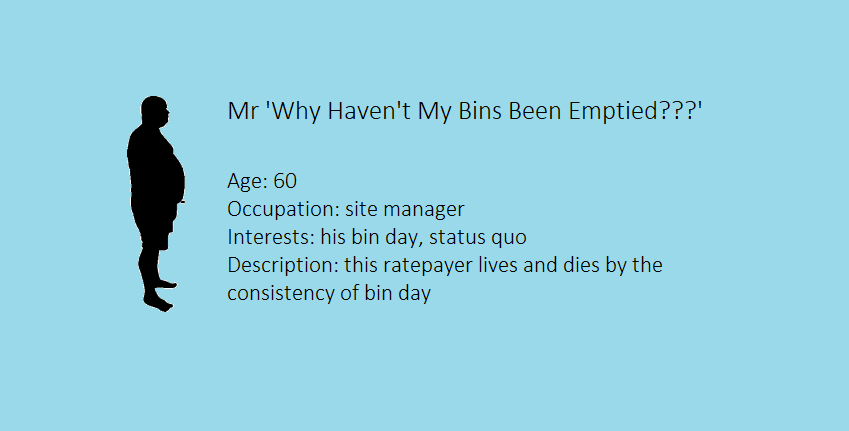 For decades, Ron has maintained relative peace with his Council overlords based on the understanding they pick up his shit on the designated day and in return he doesn’t send them abusive handwritten letters.

So you can imagine the furore when his bins weren’t emptied on account of a sneaky public holiday on Monday.

He managed to keep it together until about 4pm when he was forced to accept it wasn’t going to happen. Needless to say, he went as troppo as Tarzan at a jungle juice party.

It wasn’t just his bin day getting mucked about. It was also the transition to the FOGO 3 bin system that was the proverbial pea under the mattress of his inner calm preventing him from sleeping at night.

Of course, “FOGO-gate”, as his local counsellor will forever know it as, is a different story. Rest assured, he’ll never forget Ron locking onto him at the local forum. He’ll never forget the furious power waddling and he certainly will never forget some of Ron’s more colourful threats should he decide to continue with this fortnightly pickup malarky.

Moving on… Ron feels the Council had forsaken him, and his bin was filled to the brim with the kind of seafood that John West would certainly reject. Sick of his street smelling like a mermaid’s queef, John decided to take action.

He gathered up his first born and ordered him to help wheel the bin down to the local park and help him dump a Mandurah toilet seat’s worth of crabs into the Council’s bin.

It would’ve been a perfect plan if it wasn’t for that pesky Ranger busting them! Fortunately, the Ranger really didn’t want to be added to Ron’s mailing and telephone list, so he let him off with a warning.

He took to his beloved Facebook to name & shame the Ranger for having the audacity to question his waste disposal tactics under times of such duress.

“This powerr trippin MAGGOT tellin me i cant use park bin… well on ya bike son ur government get bin day SORTED and i wuld NOT HAVE TO!!!!!!!! Next time u will be getting the warnin BUD”

Another day in uncertainty hell has led Ron to stand outside his gate along with every other older gent worth his River’s cargo shorts and formed a guard of dishonour, waiting for their damn bins to be emptied. To no avail.

That night was the domestic waste purge. Neighbour turning on neighbour as they played pass the rotten parcel with each other’s frozen bags of fish heads and ham bones. No one’s bin was safe.

Facebook chat pages exploded with the frenzied caps locking of boomers scared of a slight change:

“How BLOODY HARD is it to empty a BLOODY bin on BIN DAY. Its called BIN DAY for a reason duh????? What do I pay me rates for and me taxes!?!? What am I meant to do about me bins you counsil GRUBS?! This isn’t over”

Well, apart from simply waiting for the next day, you could try a Val and a glass of red Ron. Instead, he penned a 3-page letter to his local Council and waited at his gate the next day to give the Garbos a piece of his mind.

When they arrived, Ron charged from his house and came in hot. He verbally sprayed them like a territorial cat with. They copped his abuse as they smiled menacingly, looks like Ron’s bins won’t see a timely evacuation next week either.

Or maybe there will be a “reason” Ron’s bin can’t be emptied. Either way, the only thing that is certain is Ron’s going to need Western Power, because he’s certain to blow a fuse. 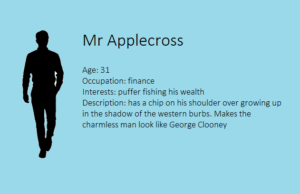