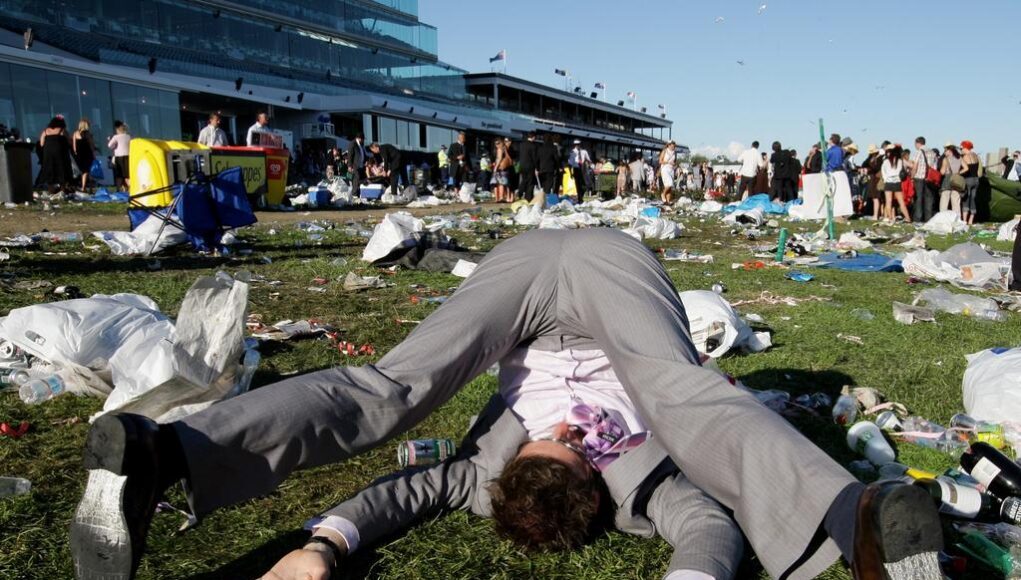 Perth Cup revellers are taking their COVID safe obligations seriously after finding out their day at the races will go ahead for vaxxed punters despite music festivals being shut down over the New Years Period.

Troy made the last-minute decision to buy a ticket to Perth Cup rather than Origin this year and promised to not bring race day revelling into any sort of disrepute.

“Obviously us madcarnts who go to the races set the gold standard of hygienic, civilised partying and the WA Government has strongly acknowledged that. About time too. I was sick of the media putting my usual race day antics in the same category as potential contagion spreading behaviour”

Samantha also decided to go to Perth Cup and is similarly making the necessary modifications to her woo-girling to ensure the day doesn’t result in a spike of infectaroonies. She told us,

“Normally I chug sparkling white out of the bottle and vomit on whichever guy is willing to join me in a portable toilet for a quick root but this year I’ve been practicing projectile vomiting, I can easily land my usual mess on a strapping lad’s ill-fitting suit for 1.5m away. I will also stick to non-face to face nookie in an open-air location”

Adam has also joined the COVID-safe bandwagon promising to remove several weapons from his fisticuffs arsenal on New Years Day. He told us,

“Ask anyone who has looked at me the wrong way at the races, I’m the headlock king. A move I am selflessly retiring this race season in the interest of adhering to social distancing. I will only be landing jabs and Muay Thai kicks to the chops. We all have to do our bit”

No doubt the entire State can rest easy in the knowledge Adam won’t be headlocking cunnys with staring problems.