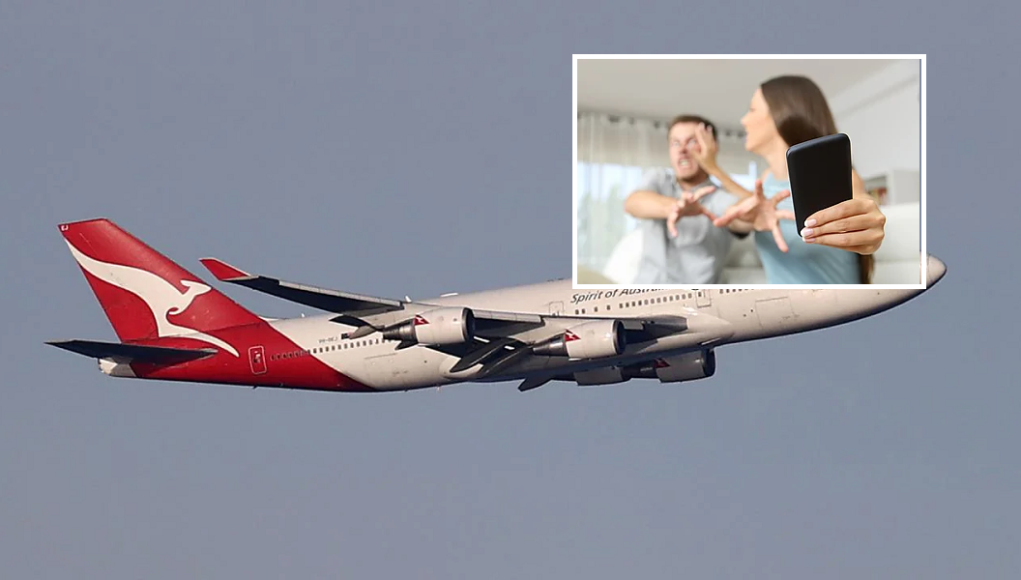 An overworked Perth couple can hardly contain their excitement after having their previous plans thrown into array by Qantas unleashing an Easter clusterfuck on them at the last minute.

We spoke to John who was looking forward to a trip to Sydney with his wife & kids until Qantas totally Joyced him up the wazoo. He told The Times,

“I’ve already spent a ripper 12 hours this week on the blower to Qantas as our flight to Sydney got delayed, then rescheduled, then cancelled. We finally got here and they didn’t load our bags onto the plane. I had a feeling this holiday was gonna be hell good!”

Yes, it seems that every 5 hours on hold John & Tash copped some new nugget of deep-fried McFuckedness. However, the family couldn’t be happier. Tash told The Times,

“If you’d told me I was going to be spending my entire Easter long weekend on hold to a Qantas call centre for 96 consecutive hours before being hung up on, I wouldn’t have believed you. What a great way to bond as a family, we got really lucky”

Instead of catching up with friends & family, the young couple will spend the next 4 days pacing around their AirBNB slowly losing their minds as a team. Taking shifts on the phone while tending to their screaming child’s needs.

To add to the excitement of being on hold, the couple will keep themselves busy with family-story-time as they read the 1-star reviews from other Qantas passengers having their own Easter melt.

“You wouldn’t believe it but little Bailey’s first words were Joyce is a dogcunt ha ha, the little feller is so impressionable and has really enjoyed the storytimes we’re having. This has brought us closer as a family, what an Easter miracle”

A spokesperson for Qantas had a message for families stuck in their kafkaesque call centre hell this Easter,

“We want you to accept that this is your fault. You’re not match flight for air travel and should thank us for giving you a special Easter egg hunt this weekend – except instead of eggs it’s your lost shit that we can’t remember where we sent it”

To add some extra festivity to the family’s holiday, Tash has to be back in Perth by Wednesday for a career-defining presentation. She told The Times,

“I think my hair is falling out from holiday fun! I really hope I can see my career go down in flames while forking out for an extra couple of nights in this overpriced shitney AirBNB. Thanks Qantas, the spirit of Australia!”

Qantas is recommending anyone needing desperately to reach them on the phone to clear their plans, “could be a wait”, they reckon.