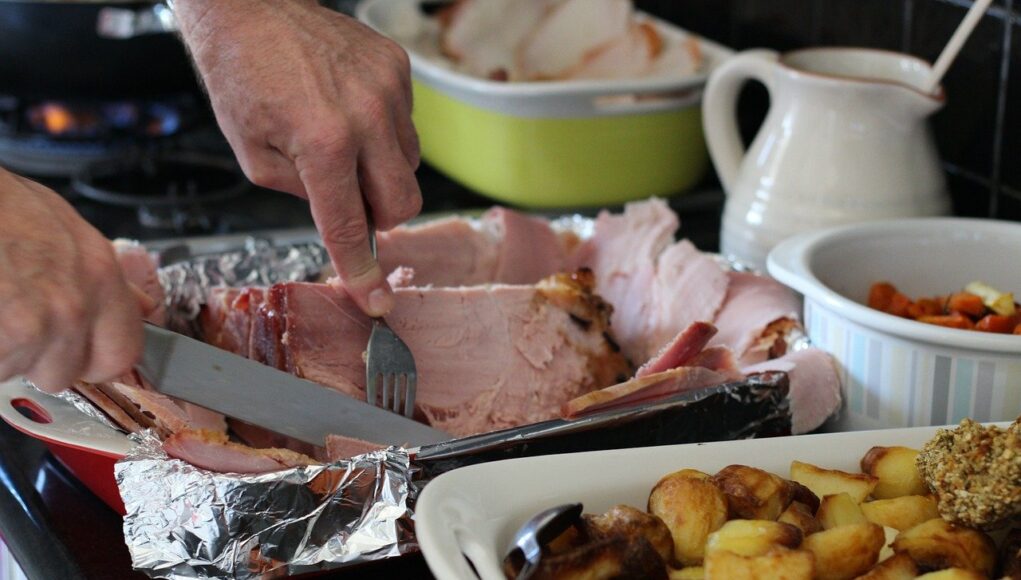 No changes will be made to the Stirling family’s X-Mas menu despite the spicy temperatures expected on the day. When hell has opened up and it feels like the souls of the damned are rubbing deep heat into your sweaty thigh chafe, the only medicine is a 3 animal roast extravaganza.

It was a unanimous decision to continue with the tradition of a hot lunch which almost surely inherited from our English overlords. One Aunt telling The Bell Tower Times,

“Obviously a big hot roast kinda makes sense when it’s 0 degrees and there’s no chance of bringing home the urn. Nevertheless, it wouldn’t be X-mas unless we enjoyed a steaming, hot lunch in the middle of the day. It’s called tradition, heard of it?”

Her sister had even more to say,

“If I’m being honest I’m never hungry after 2 bottles of brekkie champers and half a kilo of soft French cheese melting alarmingly in the X-Mas sun. I’m just in this for the leftovers so I don’t have to cook for my useless hubby the next day”

This year, X-Mas lunch is being handled by a notorious uncle that ruined X-mas after passing out and taking out his Weber in 2012. This was the last time he hosted the big day but feels if Steve Smith can be captain again, why can’t he.

A relative spoke to us expressing some concern about Uncle’s turkey game,

“As you know, it’ll be a real dry heat. So the last thing we want is a big, hot, dry turkey. I tried to give him advice on brining the other day but he told me he was cooking turkey perfectly while I was still a tadpole in his brother’s lolly bags. I suspect he’d been drinking”

A radical cousin drew the ire of the family after suggesting that they try a temperature-appropriate lunch this year. Ham is good cold and his new girlfriend makes a very nice Mexican dip salad thingo.

Needless to say, the cousin was bailed up by the Uncle in charge and given a very stern talking to about how he’d rather serve his roasted gooch to the family than serve up a vego dish from another country.

We understand he had been drinking once again. We probed him a little more and found out the true reasons for the family tradition,

“You ever shoved a bunch of X-Mas leftover shit in between two pieces of bread the next day while you’re on your 8th beer for the start of the Boxing Day Test? It’s what I do, it’s what I was put on this Earth for”

Needless to say, he intends on making enough gravy to make it to the 3rd day of the Ashes Test. The unofficial last day for poultry-based X-Mas leftovers.

In reality, he’ll keep gnawing on it deep into the 4th day. Don’t worry, no bacteria can thrive in his stomach this time of year.

Documenting the Human Zoo is thirsty work, so if you enjoyed what you read how about sending Belle some X-Mas cheer, ay?