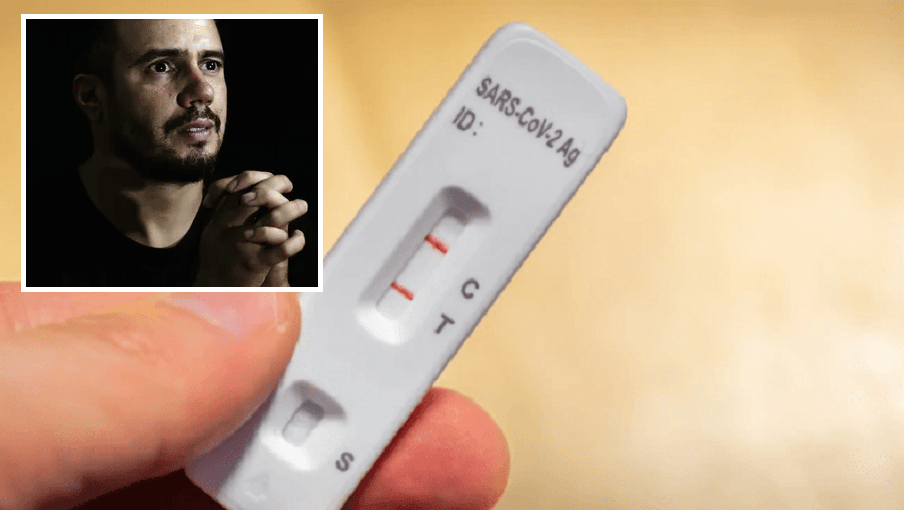 In a desperate attempt to weasel out of a cousin’s wedding, Perth man, Dan has taken to online marketplaces to make an infected sack of shit an offer of a lifetime.

In exchange for $50 and a 6’er of Export, Dan has requested a fresh, positive RAT by this afternoon so he can send the photo to his extended family and get out of the wedding consequence-free.

So far, Dan has had nothing but time-wasters but remains optimistic someone will come through. He told The Times,

“My extended family suck, man but I know if I just bail I’ll never heard the end of it. Also, why would I get Tony a wedding present, he owes me at least $450 for the dogshit job he did painting my fence the other month”

Dan’s mate is complicit in the scheme as he stands to gain a fishing buddy should Dan wiggle out of the burdensome obligation. He told The Times,

“I suggested he just get a PCR and show his family the message that he’s gotta isolate until he gets the all-clear but he said his mum would smell that kind of bullshit a kilometre away. It had to be a positive RAT, nothing less”

Furthermore, Dan says that while a PCR may buy him a day or two, it wouldn’t be enough to escape the week away Douth with the bridal party that he also was desperate to avoid.

To avoid actually getting the spicy cough, Dan has suggested that in exchange for the pineapple and bush chooks, the test be sanitised and left in a letterbox for him to pick up.

However, it seems Dan wasn’t as sneaky as he thought, with one of his cousins spotting the post on FB. He told The Times,

“I think Dan forgot to cull me from his friend list anyway, I told my brother who said he’d been praying Dan got COVID and couldn’t come to his wedding for months but couldn’t uninvite him or he’d never hear the end of it”

As of 3 pm, Dan has two offers from highly dubious individuals, one wanted $200 and the other asking $150 but with a photo of his feet included.

Time will tell if Dan is successful in deceiving his family.