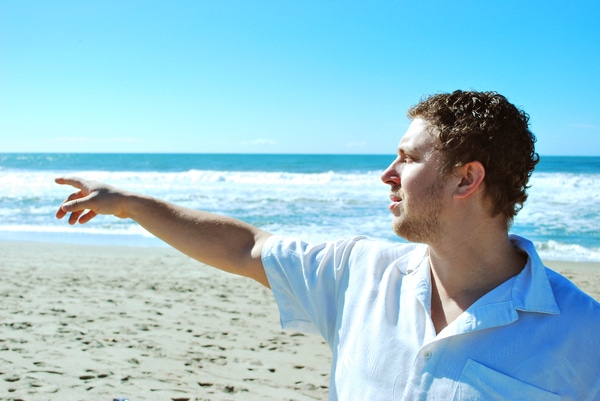 Ben knows he has a sickness. No matter how hard he tries he cannot stop himself from pointing to Rottnest Island on a clear day and letting anyone he’s with know.

“Look, Rotto”, he told us as we spoke to Ben in his childhood suburb of Cottesloe. He continued,

“I know everyone that has grown up in Perth knows what they are looking at. I know this but I can’t stop myself man, I need it”

Alarmingly, Ben doesn’t discriminate when it comes to who he’ll point out WA’s favourite island to. As far as we can tell the itch on his soul can only be scratched when he’s forcing people to look up and bear witness to landmass in the distance.

His girlfriend told us that Ben’s affliction was beginning to wear her down. She continued,

“This effing guy man. We drive along the Perth coast a lot so you can only imagine how many times he’s alerted me in the most urgent way possible to look now or potentially never see Rotto again. It’s always followed by a comment about how clear the conditions are and a stupid damn smirk on his bulbous head”

His mate, Max shared the sentiment,

“I get it, we all like seeing Rotto, it’s a symbol of hope. A short little mental vacation away from the obligations that claw at our spirits onshore but man, I’m pretty sure I’m the one who first pointed it out to him. He knows I know but does that stop him, every single time?”

For Ben, it’s more than just a disease. It’s a full-blown lifestyle now. Talking about how pointing out Rotto to people for its hooks inside his brain, he told us,

“I think it was the one and only time I was down in Rockingham. I’d agreed to go to a friend’s beach house in Falcon and stopped in Rocko to pick up some supplies. He pointed at Garden Island and said, ‘ay check it out Rotto’. I’d never been so offended”

His friend mislabeling Garden Island as Rotto ignited a fire in Ben’s heart and he must have subconsciously vowed to ensure no one ever made that mistake again. Lest they surrender their WA’s cards.

Ben isn’t alone. With “Pointing out Rotto everytime-itis” affecting one in every 3 Western Australians. Look for the signs and be patient with sufferers because as far as we know there is no known cure.