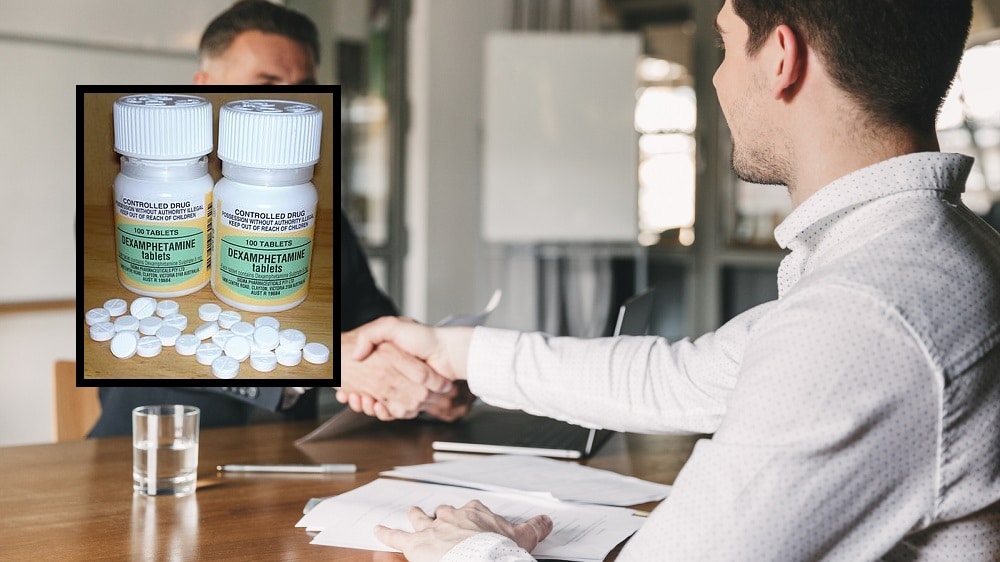 It’s a classic tale. Jimmy took the edge off his interview last night by slamming down a few pints. Alas, every action has an equal and opposite yewaction and he needed to get some of that pep back up today before his interview.

A good student, truth be told. Worked hard, played hard but was forever plagued by a lack of confidence. Unless of course, he had the medicine.

Needless to say, when Jimmy woke up with a cat 2 hangover, he knew his first port of call would be a coupla dexies. He sprung into life like Mary fkn Poppins. Cleaning up his depraved den of abandoned stubbies and the lingering bags of UberEATS shame.

He was feeling so good in fact, he thought he’d up the ante, taking 2 more d-bangers in an act that he would ultimately regret.

He knew he was in strife when he saw to it that he shook everyone in the waiting room’s hand. Indulging each with an over-animated recap of the day’s plays, “how about that Novak, ay, what a clown!!!”

He CERTAINLY knew he was in a bit of strife when he tried it on with the cute receptionist that without questionable doubt took a mental note of his slightly swinging jaw.

He wasn’t Tiger teeing off on a par 5 but he was certainly practicing a mid-ranged chip from about 45m out.

“What a beautiful day ay! You reckon that bird behind the desk likes me? I reckon she’s giving me the eye mate, ay, hahah! Ay you look like you can golf, you keen for a round some time? Just let me get this job sorted first and then we’ll hit the range ay, damn what a day, slam some beers after mate, what ya reckon? Hell yeah”

In his mind, he was slaying it like the job was a narcoleptic dragon. How could they not be impressed with his 5 minute, non-stop power ramble about how parking was a bit of a nightmare but he eventually got a park.

Similarly, he was pretty sure he nailed the conversation about his weaknesses giving his interviewers a 15 minute tirade about the fact he gets pretty tired on the sesh these days but always pulls through for the boys.

It was a testament to his character and to what he could bring to the firm. A sentiment that the mid-range millennial on the panel noticed.

Speaking to us he said,

“Yeah great candidate, it’s hard to get dexies these days and this kent is clearly wired, I’d hire him just for the chance to get my hands on a bit more. Plus he’s unlikely to snitch about us getting on the blow at the Chrissy party. Sadly, the receptionist is my girl, and he laid it on pretty thick so, it’s a no from me”