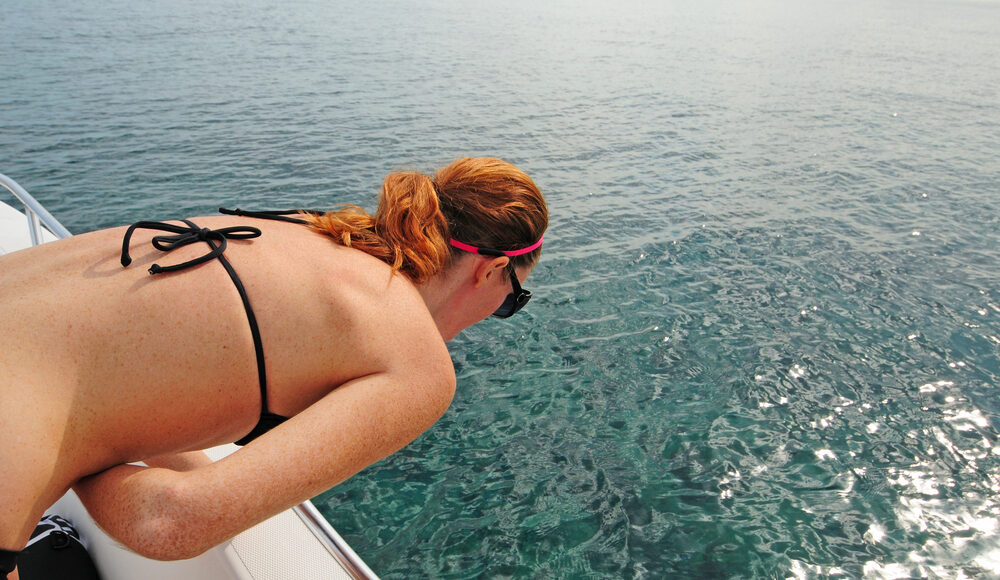 In a rare moment of life imitating Instagram caption art, Sophia brought her #takemeback post about Sail Croatia to fruition by overindulging on a mate’s boat and spewing Cruiser-flavoured burley into the Indian Ocean.

To make the cultural throwback even more realistic, there was even a token Croatian onboard an otherwise fully Australian crowd. After all, the best way to experience Croatia is to spend a week yacking into the Adriatic Sea with a crew of non-Croatians.

We spoke to her bestie who had to hold the young party animal’s hair back for 45 minutes. She told us,

“We were all having this big reminisce about Sail Croatia before going out on Tim’s dad’s boat. Not gonna lie we were all pretty bummed we’ve missed out for the last two years. So seeing Sophia power yak for 45 minutes off the coast of Rotto really brought everyone together, it was magical! Take me back!!”

In fact, Sophia even managed to utilise a technique she picked up from seasoning the Adriatic Sea for 6 straight nights. She told us,

“If you’ve spewed off a boat as many times as I have you know that you need a wide stance for balance and a big lean forward to stop the wind blowing it back onto your cute bikini top hehe, who says this girl doesn’t pick up a little culture overseas?”

Charlie, who insists on DJ’ing on every boat he’s invited on, said he noticed Sophia looking nauseous so acted quickly to set the mood. He told us,

“I knew the moment needed some euro EDM, man. My mates always roast me for acting like a try-hard David Guetta but it was my time to shine. Hearing Sophia’s guttural heaving to the tunes of 2019’s hottest euro bangers really brought everyone together, it was like we were on Sail Croatia again”

This comes off the back of a similar cultural experience at Oktoberfest, where Sophia thought she’d be transported back to Munich after a nice British boy failed to maintain a stiff Cumberland after drinking more beer than a parched Boonie on the first flight out of Australia.

Sophia was positively glowing and reflected on her experiences,

“You don’t need to be 1000’s of kilometres from home when you can just act disgracefully at home. Travel is like a mindset or something, you know?”

Very profound. Last we heard the group is planning to have a big tomato fight in the backyard while they urinate into the chunky slop to recreate the magic of Aussies at La Tomatina.

There comes a time in every ageing art teacher's life when they decide it’s time to evolve into their final form and rock a...

Stressed Worker Takes Day Off To Enjoy Relaxing Meltdown On the...