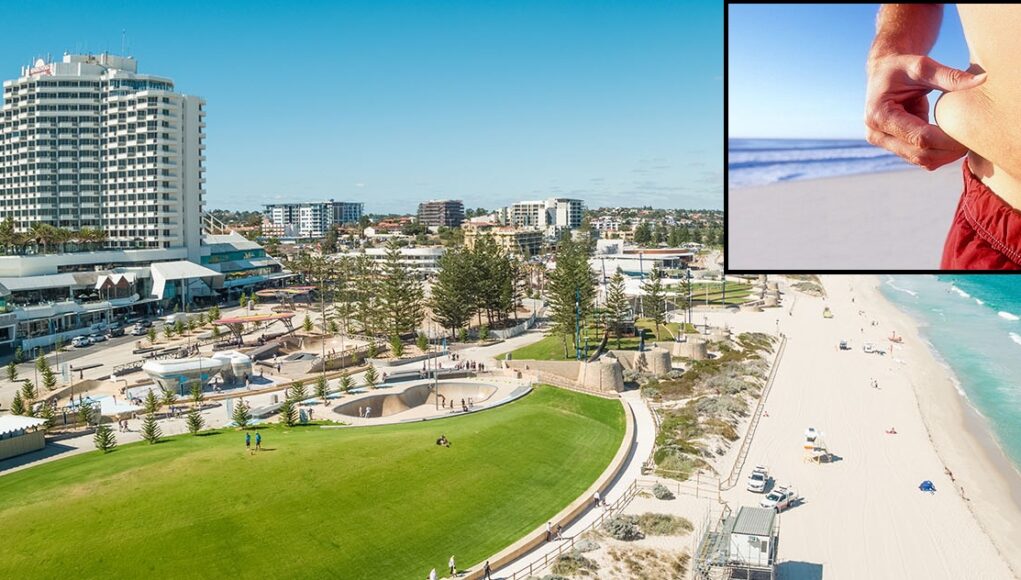 Despite 6 months of neglect, local man Kyle inexplicably reckoned his rig was ready for the big stage at Scarborough today. How wrong he was.

Having waited several months between beachable days, Kyle was understandably pretty keen to pop that shirt off to get all the ladies wanting such a rooster’s cock-a-doodle-do.

Alas, after 30 minutes of strutting his stuff around Scarborough he was hit with a harsh realisation – no one cared.

In his mind, he was a fresh zinger box but the ladies of Scabs were looking at him like he was yesterday’s original recipe. What could have happened?

He became suspicious he wasn’t hunking it up after walking past a Dodge Nitro and catching a glimpse of his shirtless body in the reflection.

He was less of a chiseled statue and more of a lumpy block of clay an untalented chimpanzee had mangled as part of a primate art show.

His greatest fears were confirmed when he popped into the lookout to get a good glimpse at the gun show in the bathroom.

In a state of existential heartbreak, he told us,

“Yeah, I’m one of those arseholes who tells people that I don’t go to the gym, that’s it’s all-natural. Well, I slacked off going to the gym this year and yeah, my natural form made a couple of kids cry I think. Could’ve been sand in the eye but I reckon it was this gut. Mum was shielding their eyes anyway”

It didn’t help that Kyle has chosen to wear the same pair of tanning shorts that he used to rock at Stereosonics when he’d dance with all his bros next to the portable toilets shirtless.

A beach babe who encountered Kyle at the start of his strut told us,

“I wouldn’t shame a bloke normally but he winked at me twice and stuck his tongue through his fingers shaped like a V. Maybe he could’ve pulled it off 10 years ago but he was really pale, greasy, and flabby. It looked like a tied up turkey roll cracking onto me, was pretty gross”

Kyle conceded that he “may not have it anymore” but vowed to step up the dexies & laxative diet that made him such a wanker at Stereos every year.