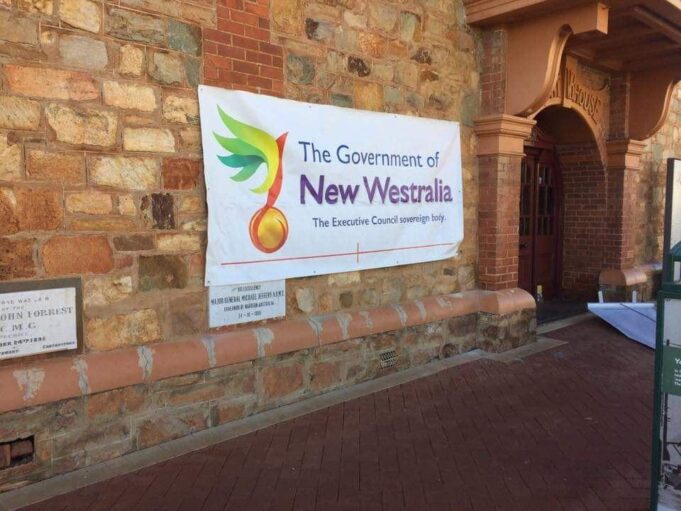 Defence lawyers hate them! Because sovereign citizen’s reckon they’ve found a way to avoid criminal prosecution without the need for expensive legal fees! Just tell the court you don’t accept their jurisdiction as you are a sovereign citizen and not bound by the laws of Australia. Piece of piss mate.

Now, you may want to become an SC because you simply hate paying tax more than your average person. We’ll always remember the legend Prince Leonard and the Hutt River Province. A micronation that really committed to the delusion of sovereignty – currency and all.

Sadly, the modern-day SC isn’t made of the same stuff Prince Leonard was. You are far more likely to piggyback on the proud history of SC’s because you had a massive tantrum when you were ordered to wear a facemask for a coupla weeks.

Yes, doing the bare minimum to help prevent a deadly outbreak really rubbed you the wrong way. So, naturally, you delved into the darker corners of the internet where “free thinkers” with the comprehension skills of a lobotomised ape give you a step by step guide to dealing with an overreaching REGIME.

If you want to misunderstand Australian law yourself you’re welcome to start your journey with some pretty heavy reading. However, the problem with reading the actual source material is that the truth might not marry up with the psychotic fantasy rolling around in your head that you are above the law.

So please, only rely on the Capslocked ramblings of people who admitted themselves to practice after attaining a degree in armchair law. They almost certainly have never put any of their unadulterated legal misunderstandings into practice so they are pretty much banking on using people like you as a guinea pig.

First and foremost, an SC must always initiate a conversation with the police in the most antagonistic way possible. Disregard conventional wisdom that says a smile and some pleasantries go a long way and get your camera right in the officer’s face. This won’t agitate them in the slightest.

Next, despite being a self-styled “freethinker” you must stick to the script. Under no circumstances improvise or think for yourself. Just loudly repeat yourself to the officer with gems such as,

“ARE YOU AN OFFICER OF THE CORPORATION OF AUSTRALIA IN ALL CAPITALS”, “DOES THE ACT YOUR REFER TO HAVE A CERTIFICATE OF PROCLAMATION”, “DOES THE OFFENCE YOU ARE CHARGING ME WITH COMPLY WITH IMPERIAL ACTS?”

You will likely then experience an intense feeling of frustration when you discover the police officer isn’t as well versed in non-law as you are. It’s all good though, the reason you’re filming this exchange is in anticipation of court anyway. Also to score points among the SC community.

Court is where things get interesting. This is when you get a chance to put into practice all those SC legal defences you were assured would work. Represent yourself (obviously) and take the judge on in a battle of minds. Rely on defences that don’t exist or just say you don’t intend to be bound by the decision of the court.

Don’t be too alarmed when you do get convicted, however. Sure, your SC act hasn’t worked against the police or the courts but it has GOT to work against the fines enforcement process. This is an important part of being an SC – a deluded optimism that makes Kanye’s bid for presidency seem reasonable.

Go through life like this and eventually you’ll become very jaded towards the justice system. That’s when you pump the crazy up a few notches, write a manifesto, storm a rural courthouse and TAKE what’s yours.

When that fails and you finally decide to come and rejoin society don’t be discouraged by the damage a criminal record & negative media attention has done to your reputation. You’ll bounce back, probably.