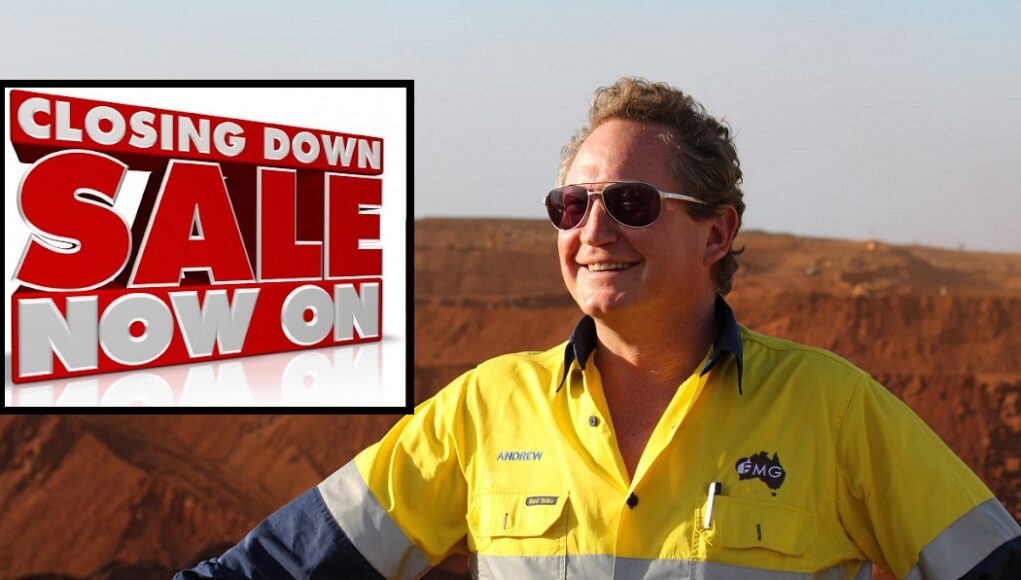 Andrew “Twiggy” Forrest has taken inspiration from the Rugs A Million closing down sale campaign to help drum up urgency & demand in iron ore to hopefully get China to buy iron ore in a FOMO-driven spending frenzy.

His plan is simple, to launch a series of ads on a variety of mediums to create the grand illusion that this is China’s LAST CHANCE to snap up some excellent deals on iron ore. In his mind, driving up demand and thus the price.

A spokesperson for FMG told The Bell Tower Times,

“It must work, right? Why else would they have perpetuated this closing down ruse for so long? We assume that bargain hunters hungry for some home decor are busting down the doors at Rugs A Million every day. We only wish we could mine rugs”

We asked how they concluded that the Rugs A Million ad model was the right one for them,

“We needed a new rug for the boardroom and you know what he thought, ah! Rugs A Million will have a tantalising deal. Same situation when China wants to build another city that will sit empty for half a century or whatever it is they do, they’ll think – ah yes, FMG has the best deals, let’s go and pump a couple of billion into their bottom line”

Twiggy has allegedly been so bummed about the retreating iron ore price that he hasn’t mustered the energy to establish a regional rugby competition or redesign a Cottesloe landmark in over a month.

Sources close to the iron ore magnate told us,

The WA Government states that their economic projections were based on a more conservative price of iron ore but sources behind the scenes tell us that it will be a “real kick to the dick” to have to listen to Eastern State’s mock the crumbling pillar of WA’s economy.

Twiggy will be rolling the ads out by the end of this month and then every month for as long as needed.

This is on top of the garage sale he is having at his home. He has a message for the public,

“Date to be announced but bring the whole family down and buy some iron ore directly from my front verge. There will be great deals on the day and you’ll be doing your bit to ensure WA stays out of the red”

If you think that’s all Twiggy is doing to help the iron ore price think again. Chinese officials has allegedly received emails from [email protected] warning them that Brazillian iron ore is “really shit”. Never one to sit on his laurels ol’ Twig.