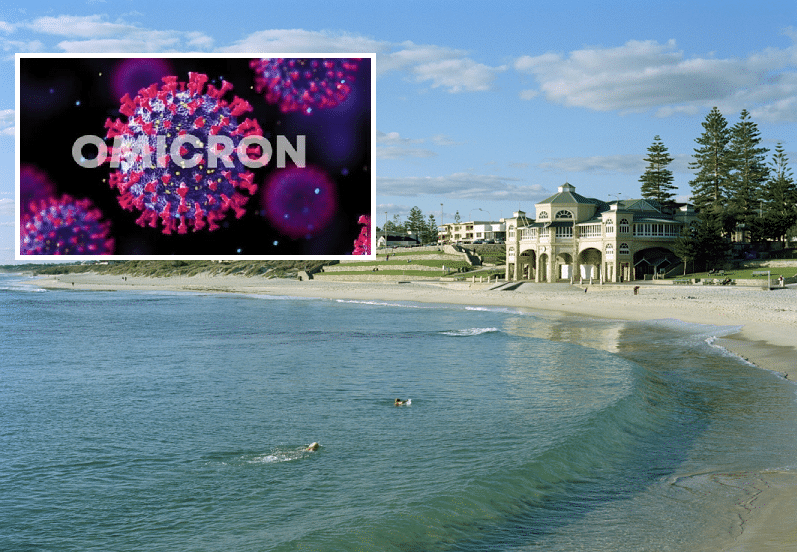 Pursuant to an emergency meeting of Perth’s rich, blow-ins wishing to pass through any Western Suburb boundary will now be forced to meet a dress code, a cover charge and quick portfolio check before entry.

Measures were necessary to calm the fears of residents of Perth’s elite Golden Triangle who are ropable that more Western Suburbn’s exposure sights are becoming known.

The sentiment around the affluent suburbs is that Omicron must have hitched a ride on some, greasy, outer suburban blow-in who for some reason felt the need to drag their wretched pestilence into the gates of paradise.

“We’ve wanted these measures for years. Last week at Claremont Quarter I passed a guy in board shorts and Billabong thongs, now you tell me he wasn’t just dripping with contagion picked up in whatever shithole suburb he crawled out of?”

“Every year the Sculptures by the Sea cretins drag in bouts of gastro. We understand it’s a strain that only thrives in supermarket-bought chicken nuggets, so you do the maths. I choose to live in Cottesloe so I can avoid the perils of the so-called everyday Australian”

Under the new measures, anyone wishing to shop, dine, or otherwise enjoy the pristine amenities in the Western Burbs must be adorned in designer wear & Birkies. R M Williams is acceptable but should be paired with a Gant or higher polo shirt.

Furthermore, entry will be via a $500 “permit” which will only be available to anyone who can demonstrate they hold a stock portfolio that absolutely reeks of insider trading.

Critics of the measures say they are designed to completely exclude anyone not born into wealth. A Hamilton Hill man who enjoys trips to Cottesloe Beach with his family told us,

“They had a dude at the checkpoint that checked the authenticity of my Ray-Bans and measures the length of the hair on the back of my kid’s head. No one can meet these absurd standards. They are clearly designed to keep us out of the suburbs. It’s basically a wall”

Speaking of which, residents across the Golden Triangle fiercely advocated for a wall but were told they’d have to make a small contribution towards it themselves.

The idea of shelling out even a dollar to solve a problem “poor people” created sickened the residents. It was basically a form of taxation – which is a penalty for not being able to afford a good accountant.

They won’t be treated like the destitute citizens of Perth that have brought dishonour to their leafy burbs.