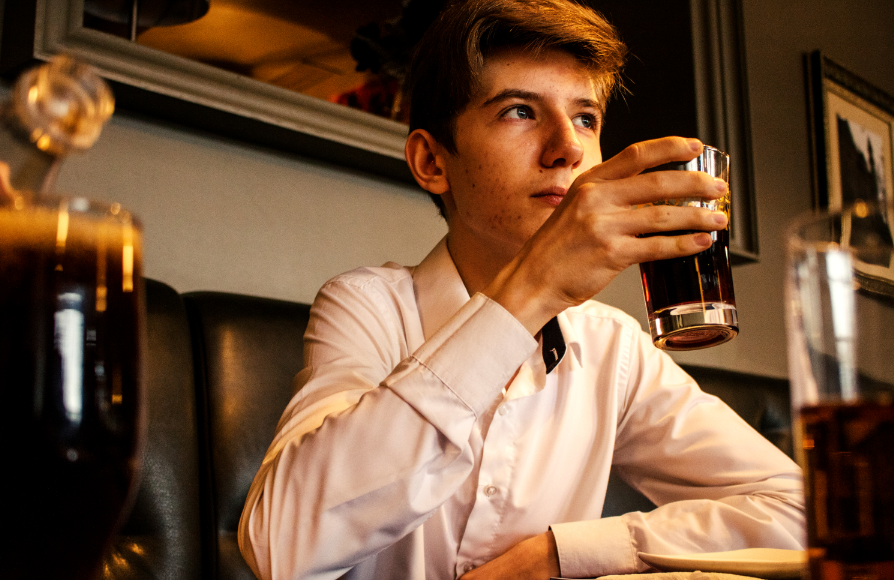 Tom, a first year law student, has a very clear message for the inner city bar staff who, in his learned opinion, erroneously assessed his subjective state of intoxication and refused him service on the weekend – “I know the law, say goodbye to your licence”.

It appears the budding legal eagle has almost completed two semesters of law and is armed with the kind of legal mind to make even the most seasoned bar manager crumble before his might.

If you think a low credit average across introductory fluff classes is all the young man is packing then you’d be wrong. Tom objects! He has also done 1 year of glorified work experience at his uncle’s firm. Move over Tom Percy, counsel is in da house.

We spoke to the bar manager who was charged with the frightening job to inform Tom he’d be on the waters for the remainder of his function. He told us,

“I knew I was in trouble when he showed me a generic contact business card for the firm he worked at. Didn’t have his name on it but that’s how you know you’re dealing with a real courtroom crusader of substantial standing in the legal community”

Clearly shook by Tom’s rousing arguments as to the nature of liquor licensing, due process, human rights and disciplinary action he reserves the right to take,

“It was like he loaded a bunch of legal terms into a blender and hit the button with the lid off. It was extremely impressive and I learned much about my obligations as a ‘barkeep’. I wish our lawyer would’ve told me some of this when he set up our business. Then again, he was only $400 an hour. Tom was apparently, ‘more than we could afford’, so we got what we paid for”

One of Tom’s friends who witnessed the clash said he could see the secco in the corner almost wet  himself. She told us,

“After threatening to remove the bar’s licence he turned his wrath to the security guard who was standing by. You could tell Tom’s barb about his shoes costing more than the man earned in a month stung but the real venom was injected when Tom said the man will be looking for a new job on Monday. You could tell he hadn’t heard that before”

Tom was reportedly politely ushered from the venue, with staff clearly not wanting to attract any extra writs that Tom was willing to serve. He was found 30 minutes later stuffing a meatbox into his face and trying to remember his password to LexisNexis.

His mate told us,

“They call him the terrier of the central law courts, once he latches onto an injustice he won’t let go. Just like the time they refused to accept documents because he’d filled out the forms incorrectly. He had to settle for Austlii in the end, I think he just had too much law in his system to focus”

True to form, the powerful ripples he sent through the hearts & souls of the “minimum wage workers” on the weekend caused mighty waves today. Sadly, it was mostly Tom getting dunked by the turbulent waters of consequence.

It appears that during his legal argument he’d sought to tender a supporting witness statement to the proceedings. It appears the 11pm boozed up voicemail on his boss’s phone was an “error of judgment”.

True to form, Tom will use every trick he’s picked up in his career to appeal the decision to move him down to just a half day on Friday. You can’t keep a ferocious justice seeker leashed forever, after all.