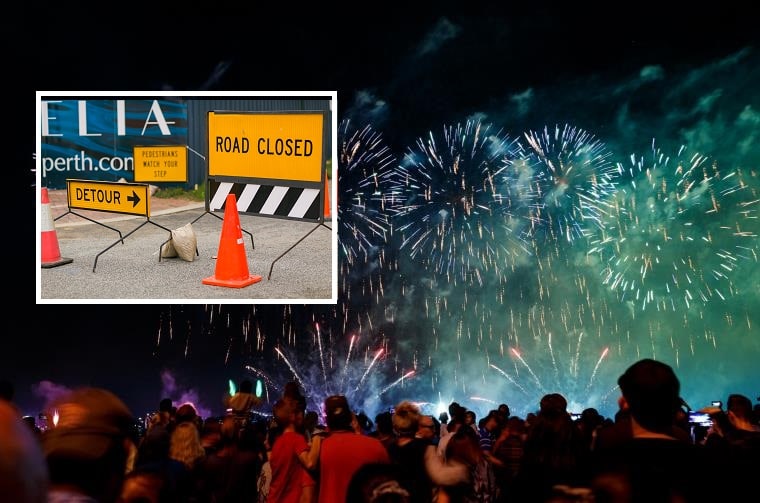 A Dianella family has sensationally pulled the pin on their plans to attend the City of Perth Skyworks this evening over fears they could all catch a chronic case of having a really shit time.

There has been fierce opposition to the event going ahead on a variety of grounds. Some fear it will be a super spreader event, others side-eye the potential for disaster of letting off fireworks in summer and others consider the 26th too controversial to celebrate.

However, Don and Cecilia are far more concerned about the risk of having an absolute gutful before a single firework has even been let off. Don told The Bell Tower Times,

“Obviously driving there is going to be a god damn nightmare, 200,000 bogans so that’ll mean probably 300,000 cars. Then there’s the fact we’ll be standing shoulder to shoulder with the who’s who of the Lynx body spray community and that’s if we’re lucky”

Cecilia almost had a meltdown when Don suggested they could catch public transport,

“Neither of us wanted to drive but our stupid, ugly kids just wouldn’t stop bugging us to go. Don suggested that we take the bus. I almost divorced him. Public transport on Australia Day? Gross”

A family from Baldivis had the same idea. With Sue telling us,

“The kids get bored waiting for the fireworks and when they finally set off you’re just surrounded by a bunch of mouth breathers filming the spectacle. Answer me this, who has ever, in the history of video recording capabilities, has ever rewatched footage of fireworks?”

Her hubby Bryan jumped in,

“Yeah, that’s right darl, we’ll be exposed to a case of shit-time-itis with a very good chance of contracting a debilitating case of dumbcunt from being around these freaks. We can’t risk it this year, 2022 has already been hard enough”

Bryan also looked forlorn at his stubby holder, “and you can’t drink, what kind of horseshit is that? Last time I checked this was AUSTRALIA”.

Instead, the families have decided to watch the broadcast of the Skyworks and cook delicious lamb on the BBQ. Rather than take a terrible packed dinner of mediocre sandwiches, some disgusting sponge roll, and no beer.

Naturally, exposure to Baz is inevitable while watching the broadcast but you can’t bubblewrap yourself completely. A family has to live despite obvious risks sometimes.