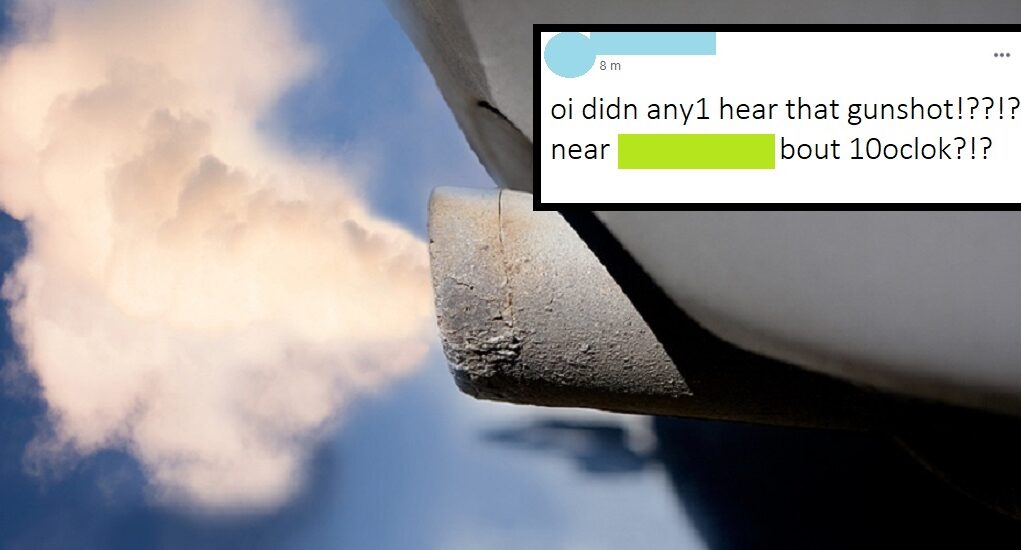 Members of a community FB neighbourhood group were stoked when a backfiring shitbox or key-banger provided a well-needed distraction from the group’s ongoing debate as to whether pet cats should be kept inside or not.

After an AU Falcon backfired at about 10 am, the group was filled with comments asking if anyone heard the unmistakable sound of some local gangster busting a few caps into the air.

By 10:05 am, there were over 24 posts from members asking “did anyone else hear that shooting?????”. By 10:25 am, over 132 different arguments were occurring within the comments of those posts.

It was undeniable, the group had momentarily forgotten about the morality and legality of cat slaughter to argue about the dumbest shit possible.

Karly* who didn’t want to give her real name under fear of admin reprisal told The Bell Tower Times,

“I know what a car backfiring sounds like orright, don’t need you or any other muppet telling me what I heard. This was clearly a 22. I reckon maybe a sniper ay”

Carl* who also didn’t wish to face the wrath of admin said he thought it was some local dropkicks doing key bangers. He told us,

“Look, you’d don’t live in the dirty south without getting used to the sound of car’s backfiring or the locals doing key bangers, to be honest, there isn’t much else to do around here, except hunt cats, you guys seen that little black & white one? I swear to shit, mate if that thing…”

We were cautious not to reignite the fire in Carl’s belly over cat-politics as it was clear by his increasingly red complexion it was vexing him somewhat.

See, the debate had entered its 634th day of intense discussion with very little chance of a resolution in sight. On the one hand, cat owners swear their little fluff balls are angels and have every right to roam freely.

On the other hand, a few members with Australian flags as their display pics are adamant that if they see their neighbour’s cat even peeks over their fence they will tap into their deep, burning desire to commit felinicide.

We can only hope the little game of hot lead v exhaust pipe can continue late into the arvo or the Rangers will almost definitely be called again to deal with Carl* driving around with his air rifle looking for retribution for the local wildlife.

Samuel now understands the pain of many in his generation after being forced to dip into the generous trust fund set up by his...