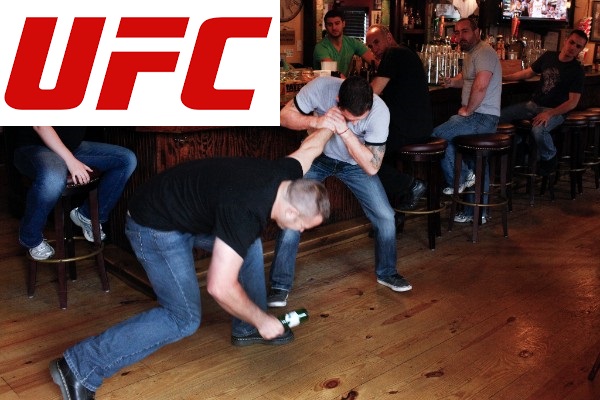 Preparation – early bird gets that worm, early being 7am and the worm being another bourbon-induced notch on your crim record belt. Early for a drink, you say? Not if you haven’t slept it isn’t. Spend the previous day charging that pipe like Kelly Slater at the Billabong Masters.

It’s also important to plan your day properly. Given your lust for inebriation it may be difficult to remember which venues you are or aren’t banned from. It’s not your fault you can’t remember and nor is it your fault that the back of that dude’s head was giving you the stink-eye last time.

Fashion – you pride yourself on dressing like a fruitcake – because no one wants a piece of you. Deck yourself out in Big W’s finest selection of TapOut gear, get those double demerit tatts on display and rock a haircut that wants to knock the follicles out of another man’s head.

Ladies are encouraged to dress like an Aldi version ring girl. This is an ideal opportunity to meet a prospective partner that will defend your honour when your pink Commodore loses at Whoop Ass Wednesday.

Know Your Shit – If you’re being honest with yourself you’ve forgotten every UFC fight you’ve ever watched due to your fondness for inebriation. Nevertheless, you’ve purchased every pay-per-view event and own a pair of Muay Thai shorts from your 1 week “training” in Thailand, so it is safe to say you are an expert.

Make sure you let everyone in your immediate vicinity know that you fought at least 15 guys in Thailand that could wipe the floor with both competitors. Then explain in excruciating detail exactly how you’d make them submit if they were MAN enough to get into the octagon with YOU.

Photoshoot – if you don’t pose with your mate making fist gestures then did you even watch the UFC? Remember it’s not illegal to bring a weapon to the bar if you ARE the weapon. Let Perth know.

Try to think of the bigger picture. Constantly posing like a trained fighter is an investment in your reputation. An investment that will pay dividends if you ever meet the fellow blowhards you argue with on Facebook UFC posts.

Post Fight Brawl – let it not be said that you can’t walk the walk. It’s not enough to bang on and on about how the pros can’t fight like you, you need to prove it. So like a urologist you are going to make someone piss.

You are no stranger to a bar room brawl but all that pesky CCTV footage leads to convictions and convictions lead to more countries that won’t permit you to enter. A devastating reality for a future pro (which you 100% are).

Accordingly, a blind spot in a car park is the canvas that a true UFC artist will paint his legacy on. Don’t fear authority either because at this point pepper spray will only season you and tasers will merely give you a full charge so your fists can be a 1800 reverse call that no one will be able to decline.