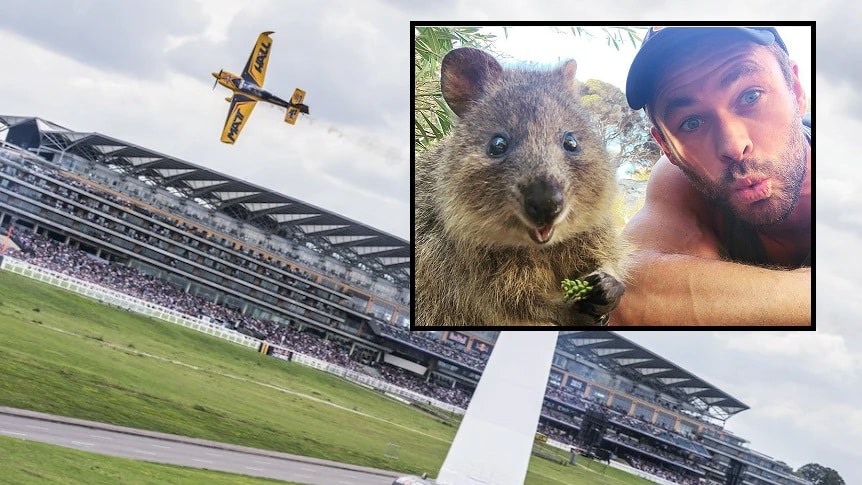 The WA Government has slapped down Northam’s bid to host the Air Race World Championships stating the funding would be better used to invest in quokka selfies which remain the cornerstone of their tourist strategy.

Northam Shire was excited to host the event and estimated as many as 50,000 spectators would flock to the rural town if the numbers of the Red Bull Air Race were anything to go by.

Nevertheless, WA insists that all available funds must be diverted to visiting celebrities to get down in the dirt and take a quokka selfie.

An industry insider told The Times,

“Two million buckeroos probably doesn’t sound like much to the average punter but believe us, that could probably pay for about half a quokka selfie from a big name sports star or celeb”

The insider began rambling heavily about the humble quokka selfie being the “golden ticket” and an idea Tourism WA was not about to give up on any time soon. Adding,

“Even a quarter of a quokka selfie is better for WA than a revered international event like the Air Race World Championship. Who would want to go to an aerial spectacle like that when they could get a photo with a smiling rodent?”

Northam Shire is understood to be disappointed with the decision but took solace in the thought that $2M of WA money would go to some celebrity who couldn’t care less about WA.  Ultimately, you can’t ask for a better investment than that.

We understand an ongoing investigation is being conducted into how Borat was allowed to leave the state without getting in the dirt and taking a quokka selfie for WA: READ MORE HERE.