In what’s being considered a “world first” an owner of a luxury Range Rover 4WD has decided to park with competency, respect, and grace this afternoon.

At approximately 3:30 pm, the $250k Range Rover pulled into the car park at a western suburbs hot spot and was observed “taking the time” to measure up the park and then manouvering in with a 4-point turn to make sure it was exactly between the lines.

An onlooker was so shocked she dropped the grain-fed, organic French cutlets that were destined for her dog’s bowl. She told The Times,

“How unspeakably common. To even consider another motorist who for all intents and purposes could have been a Mosman Park resident coming through on their journey home”

Another onlooker had just finished with his bi-annual catch-up with his daughter when he saw the “disgusting” display of respect,

“My god man! How much time does this man have in a day? I would’ve parked in a fashion to block off 3 cars while I ducked in for 25 minutes to buy some alkalised water or whatever the new mistress desired”

Naturally, police were called to the scene where they discovered the driver was not in fact enrolled in the electorate of Cottesloe but rather, an au pair permitted to drive the family’s daughter’s Rangey while she’s serving a ban.

She was held but ultimately released after promising to park like an entitled shitbag next time.

It’s good to have some order. 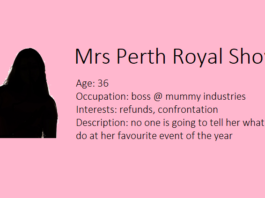 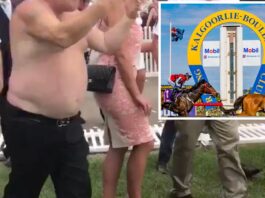