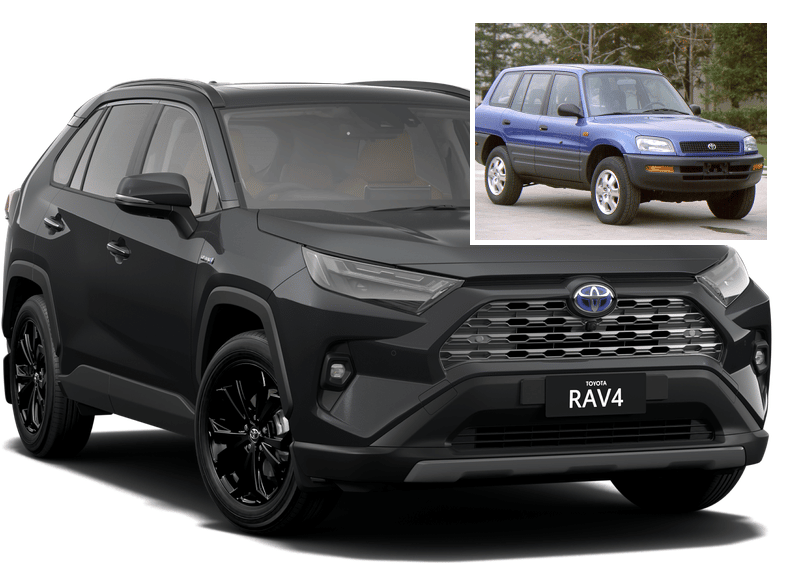 The Toyota Rav 4 has been enjoying its new image as the new cool guy on the block. With a slick design and hybrid engine, its got all the suburban mummy’s wanting a piece of it with quite the waitlist forming. Some say this has gone to its head.

This was evident at the half-yearly Toyota family gathering when the Rav 4 rocked up looking like the 40-year-old who got a hair transplant and a leather jacket. Watch out, daddy is rolling through.

That’s all until a loving aunty thought it would be adorable to share some teenage photos of the humble Rav 4 with the family. Its slick persona had just been ripped to shreds like 1 ply toilet paper on the arsehole of humility.

A spokesperson for the alpha 300 series said all the proper fourby’s had a good rev over it. Adding they all actually looked cooler back in the day. Adding,

“It really took the air out of the Rav 4’s tyres. He was a massive dork and we all knew it. No one would have cared if he didn’t go flashing his hybrid engine around like a true Toyota would care about”

The Hilux obviously agreed and threatened to physically ram the Rav 4 for being a nerd. Hilux ceratinly tried but was stopped by several manufacturing faults.

Nevertheless, the Rav 4 found support with the Yaris who told the deflated stud that being cool wasn’t everything. Just look at him. It was a little comfort in an otherwise humiliating display for the Rav 4.

Naturally, the attention didn’t stay on the Rav 4 for long as the Corolla got up to his usual tricks. Getting itself into a state and telling everyone it used to be something.

Of course, the Corolla has struggled with its transition from badarse rally car to rental car driven by every humpty dumpty visiting Perth. Thankfully, this gave the Rav 4 a chance to slip out and impress some mums down at a local junior cricket match.