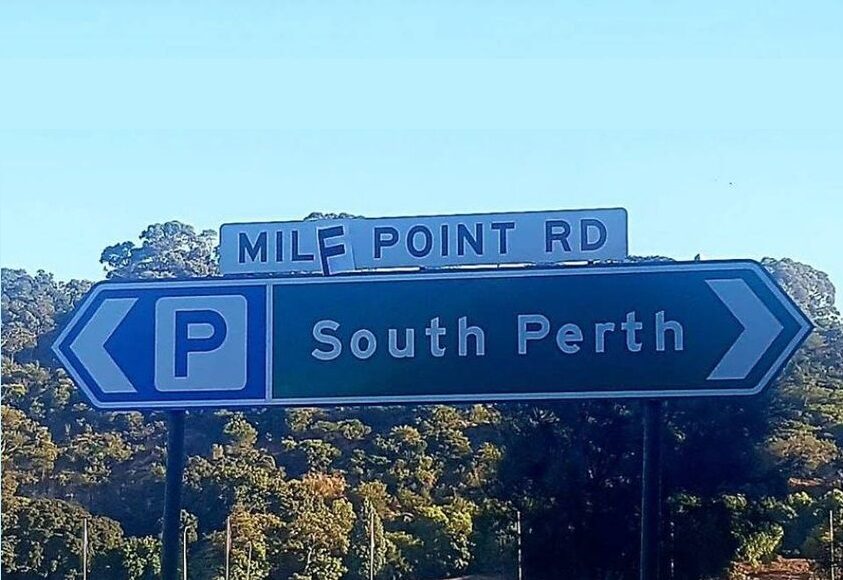 You know the Mill Point Rd turn off is coming up once your nostrils fill with the pungent scent of the Swan River. An odour best linked to King Triton’s soiled grundies baking in the hot sun after eating some bad fish and a sea-swinger’s party.

The South Perth Foreshore wastes no time packing an entertainment punch. Right next to the turnoff you will see the yeww-cove; a boat ramp favoured by jet skis and boats alike. It’s a fantastic place to spot a Ford Ranger driver get into a blue with a Navara driver over who parked more inconsiderately.

Next on the tour, you’ll drive past the bridge people – a collection of fishermen that didn’t simply adopt the darkness under the narrows, they were moulded by it. This is their sanctuary to disperse absurd lies about the 4m bull sharks they’ve seen and mythical catches they’ve hauled in.

Next up you’ll be rolling past one of Perth’s premier Instagram stretches. South Perth Esplanade is favoured for Instagram bullshit because of its superior view of the Elizabeth Quay. Expect wedding photos, selfie sticks and plenty of those fancy picnics & teepee thingos.

Naturally, the Instagram stretch leads directly to the tourist hub of South Perth. A spot anyone visiting this great city flocks to in order to get a big ol slice of peak nautical performance – the South Perth ferry. A vessel that most of Perth have been one once when they were a child yet nevertheless appreciate its existence.

Ironically, they will have to pass through the valley of the boot camps to get to their next watering hole. Sir James Mitchell Park sits below Mill Point Road and in addition to group fitness exhibitionists, it’s home to the Aldi-version of Jacob’s Ladder. It may be unimpressive in size but the traffic flow at the top is second to none, you’re fit arse will be seen.

After leaving the valley of the boot camps you’ll once again get to enjoy another boat ramp situation that gets hairier than a Gorilla’s gooch on a sunny weekend. This launch has more of a weekend wankjob Prado feel to it so don’t be surprised if you see some staggering trailer reversing incompetence.

Next up you will have entered the arena of picnics & BBQs. This is great if you like waiting 1hour 45 minutes for your turn on the BBQ only to find out that the previous user has treated the hotplate to a honey & soy chicken skewer bukake. Still, not as bad as the youths that have soaked the hotplate in rebellious piss the night before.

This stretch is also home to the rolling midlife crisis. You can either enjoy the abuse from lycra-clad cyclists or revel in the raw, libido pumping energy from middle-aged blokes giving their new e-toys a run. eScooters for the dads, eSkateboards for the daddies. They know you’re mirin.

This is also a terrific location to watch swans scare the shit out of tourists by approaching their picnics and not giving a single fark about personal space. Swans are Perth’s original gangsters and are always on the hustle to get that bread. You came to their neighbourhood, punk. Remember that.